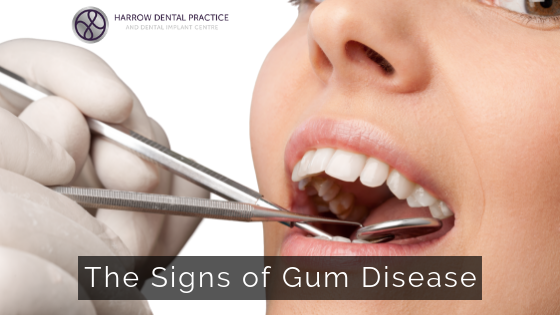 Spotting the early warning signs of gum disease is a key factor in ensuring that your dental health space in tiptop condition. Gum disease can progress painlessly on the whole and is often not until the disease has spread to the more advanced stages you will actually notice at home.
Our latest blog post answer some of the most common questions asked about gum disease and looks at how you can prevent it in the 1st place.

What are the causes of gum disease?

Gingivitis or Pyria, commonly known as gum disease is an inflammation of the soft tissue area (gum) which surrounds your teeth.

Throughout the day a thin layer called biofilm forms over your teeth, this is known as plaque. This is a sticky and natural layer made up primarily of bacteria. As these bacteria in plaque feed on the sugar, you ingest they excrete acid and it is this acid which causes tooth decay.

When you clean your teeth you will be removing this biofilm layer but if the film is not removed adequately enough then it can begin to harden, particularly in between teeth where it’s difficult to clean. As it hardens it turns into a thick cream coloured layer called tartar.

This tartar can then irritate the gums whilst also giving the bacteria a really good place to read and hide.

This inflammation of the gums, caused by the buildup of tartar then turns into gum disease.

How to catch gum disease?

Gum disease isn’t something you can catch as it is not an infectious disease. However, there are other diseases which are infectious which can lower your resistance and mean you are more inclined to develop gum disease.
Gum disease is caused by poor oral hygiene, not by catching it from anyone else. There are however certain other risk factors which can increase the likelihood of catching gum disease including various medical conditions and of course, smoking.
It’s also possible to be more susceptible to gum disease if you are wearing orthodontic braces, it is therefore really important that you keep your teeth and orthodontic appliance clean whilst having teeth straightening treatments.

What are the symptoms of gum disease? 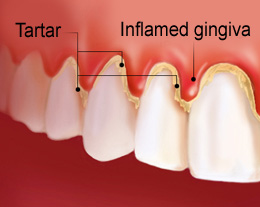 Gum disease has a series of symptoms depending on its severity, but classically:

What is periodontal disease? 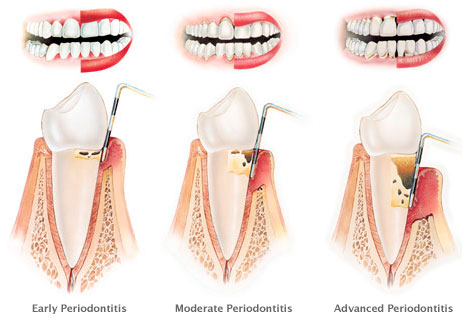 If gum disease is left untreated it can then turn into the more serious periodontal disease. This is where the layer surrounding the root of your tooth becomes inflamed and infected. Gingivitis is an inflammation of the gum, the part of the mouth you can see, periodontitis is an inflammation underneath the gum around the bone, the part of the mouth you can’t see.

Periodontal disease, because it affects the support around the tooth and root if left unchecked can ultimately lead to tooth loss, so it should be treated as a serious condition.

What are the symptoms of periodontal disease?

If you have periodontal disease then you will almost certainly have all of the signs and symptoms of gum disease, in addition, you may also have:

What is black gum disease?

It’s important to bear in mind that gum colour varies enormously between individuals, gums can appear anything from dark black to light pink and both are perfectly normal.
Un-natural back gums can be caused by:

How can gingivitis be reversed?

very early onset gingivitis can easily be reversed at home by maintaining a good oral health plan and ensuring you brush your teeth twice a day for 2 min using the fluoride-containing toothpaste. However, if you have noticeable symptoms of gum disease then it may have already progressed to a more serious stage which requires intervention by your dental hygienist.
A dental hygienist is able to clean underneath the gum line, known as the cleaning or deep scaling. This can remove any detritus or plaque which has formed underneath the gum and caused the gum disease.
Your hygienist may recommend an intense course of professional cleaning in order to thoroughly clean the teeth, they will then give you advice on how you can do this at home yourself to prevent the condition coming back and the plaque building up again.

How can periodontitis be reversed?

Because periodontitis is an infection deeper underneath the gum it requires a higher level of skill to treat.

There are a range of nonsurgical techniques including scaling, root planing, and antibiotics. scaling can be done using instruments or with a laser or ultrasonic device. The root planing removes the bacteria around the route and encourages the soft tissue to reattach itself to the root and tooth. Antibiotics can then treat any infection.

If the periodontitis is more severe or nonsurgical interventions have not worked then treatment by a specialist periodontist may be required, typical techniques involve: